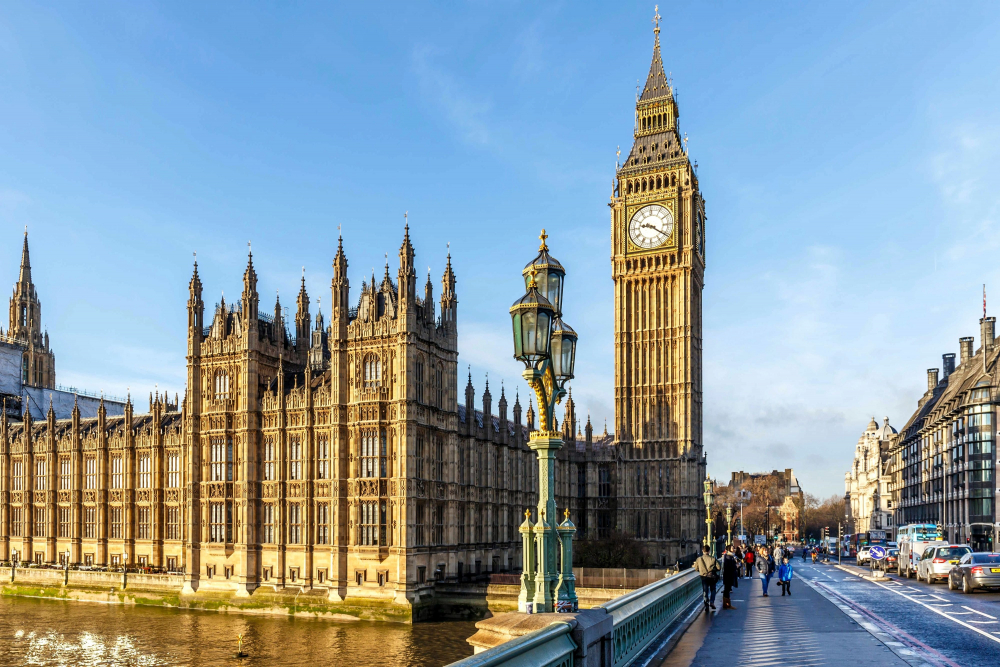 When you think about the symbols of England, the first thing that comes to your mind is the famous landmark of London – the tower of Big Ben.

What is Big Ben

Big Ben is the largest of the six bells in Westminster Palace. Many people think that it’s a name of the clock tower in London, but in fact the name refers to the 13-ton bell, which is inside of the tower behind the clock dial. 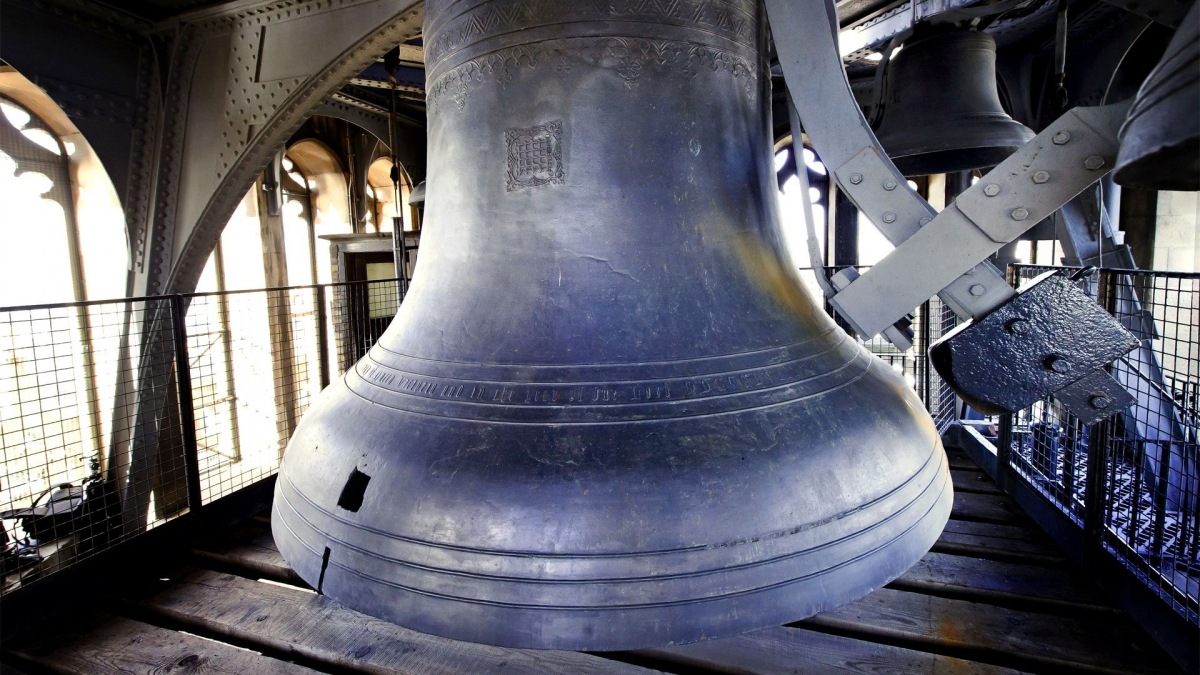 The official name of Big Ben was the Clock Tower of the Palace of Westminster. In 2012, by the decision of the British Parliament, this attraction of England was renamed to Elizabeth Tower (in honor of the 60th anniversary of the Queen’s reign).

Despite other names, the name "Big Ben" remains the most popular and is used for the general designation of the tower, clock and bell.

From the history of Big Ben

The clock tower was built in Westminster in 1288, and at that time it had a completely different look.

In 1834, a terrible fire broke out in Westminster Palace and everything was burned down. It was rebuilt by Charles Barry together with the architect Augustus Welby Pugin, who designed the present clock tower in the neo-gothic style. In 1859, when Big Ben was constructed, the mechanism for resetting the clock was initiated, and to this day it shows an exact time. 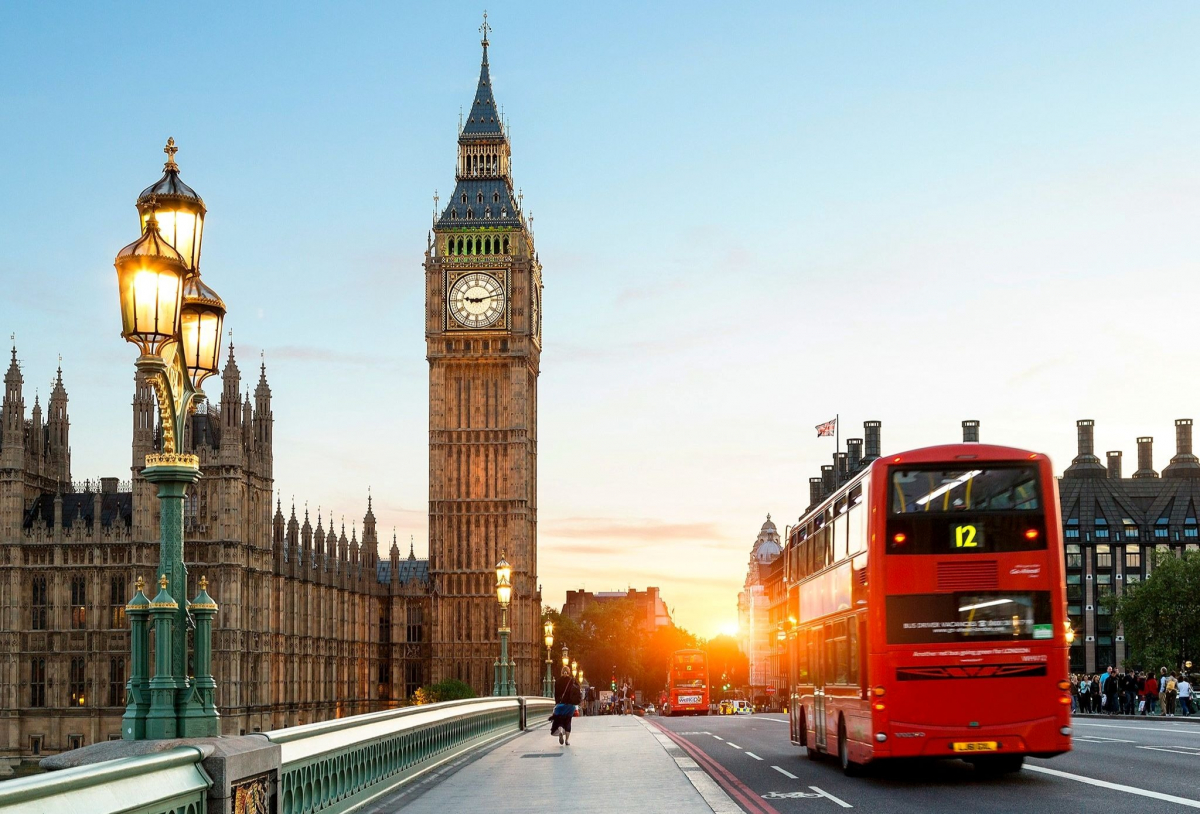 There are two popular versions in honor of whom the London clock was named. The first version sounds like this: the tower got its name in honor of Benjamin Hall, the one who built Big Ben, or to be more precise, who was managing the construction of it. The engineer had a rather large stature so because of it he was often called as Big Ben. Another version of the name of the clock tower refers to the popular heavyweight boxer Ben Caunt.

The Height of Big Ben

The size of the tower with the spire is 320 feet (96.3 meters). To imagine what height Big Ben has, imagine the high level of a 16-story building.

There are no elevators or lifts in the tower, that is why it is closed for intensive public use. The exceptions to the rule are made from time to time, and then the visitors should master 334 steps to go upstairs.

The clock on the Big Ben Tower in London is the largest in the world by far. The diameter of the dial is 7 meters. The length of the arrows is 2.7 and 4.2 meters. 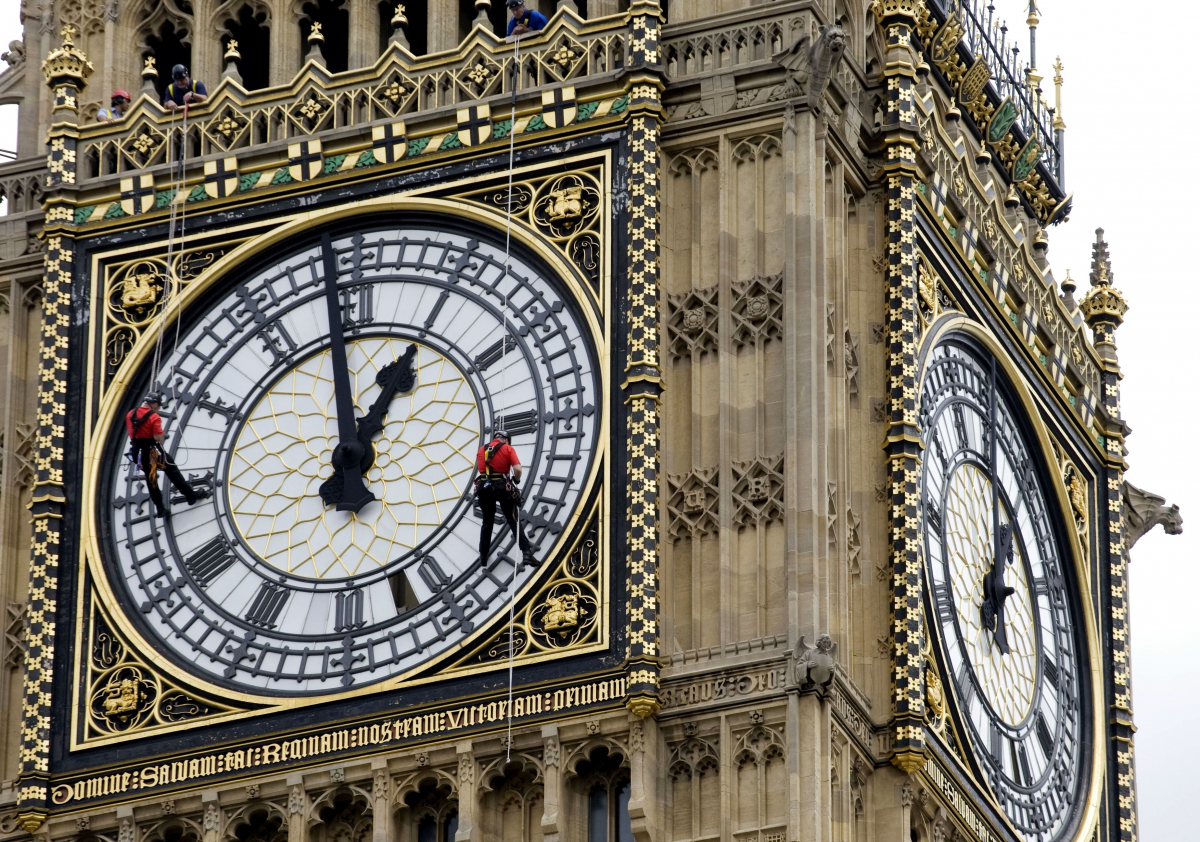 The clock mechanism is considered the standard of trueness; its total weight is 5 tons. The watchmaker Edward John Dent was responsible for the machinery assembly, on which work was completed in 1854. A fundamentally new double three-stage system was created, which allows a better division of the pendulum and five-ton clockwork.

The reliability of the clock was proved even during the Second World War when the German bombings damaged two dials and the roof of the tower but the clock did not disrupt its move. Consequently, this landmark of Great Britain has become a symbol of accuracy and reliability of all English. By the way, there is an inscription "God save our Queen Victoria I" at the bottom of each dial, which is also absolutely in the English spirit. 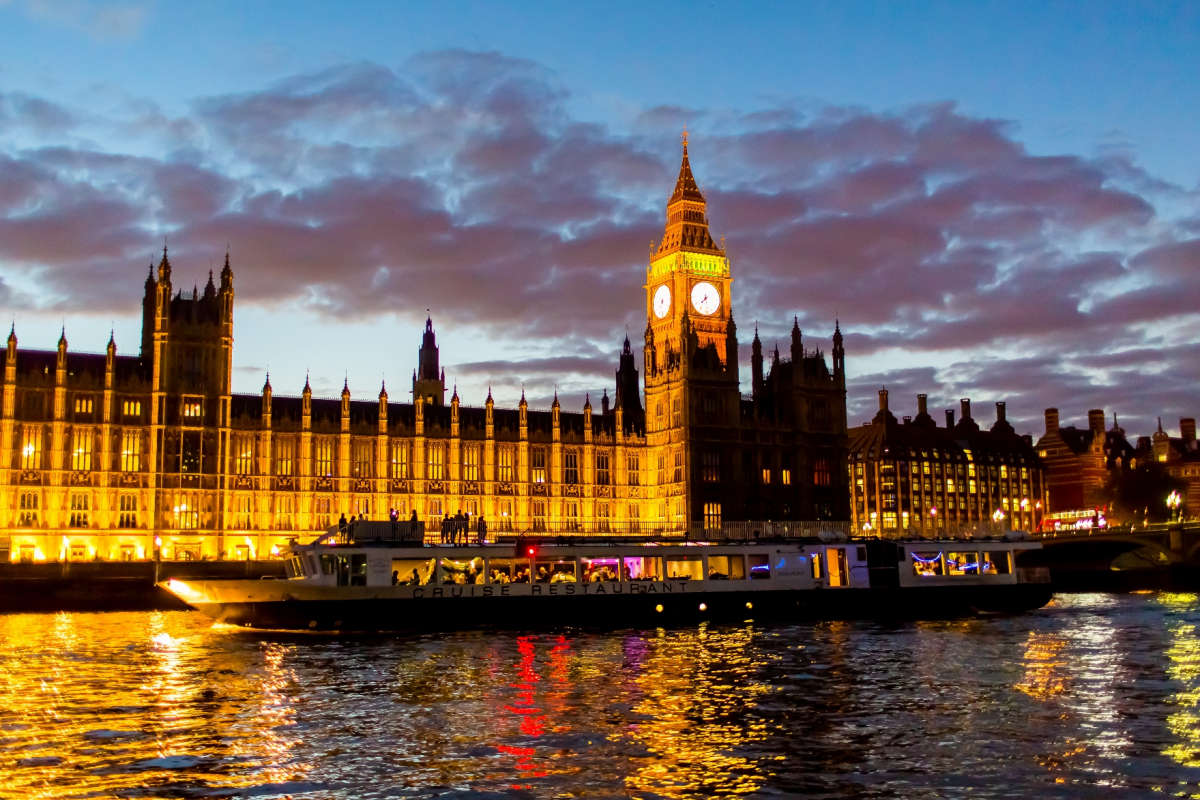 The nearest tube station: Westminster on the Circle

How to get by bus: go to the Parliament Square or to the bus stop “Whitehall Street” (Trafalgar Square).

If you are suddenly tired of the imposing architecture of London, you can visit one of the first museums of Madame Tussauds, with a unique collection of wax figures.

Check out all London hotels and choose the best one for you. 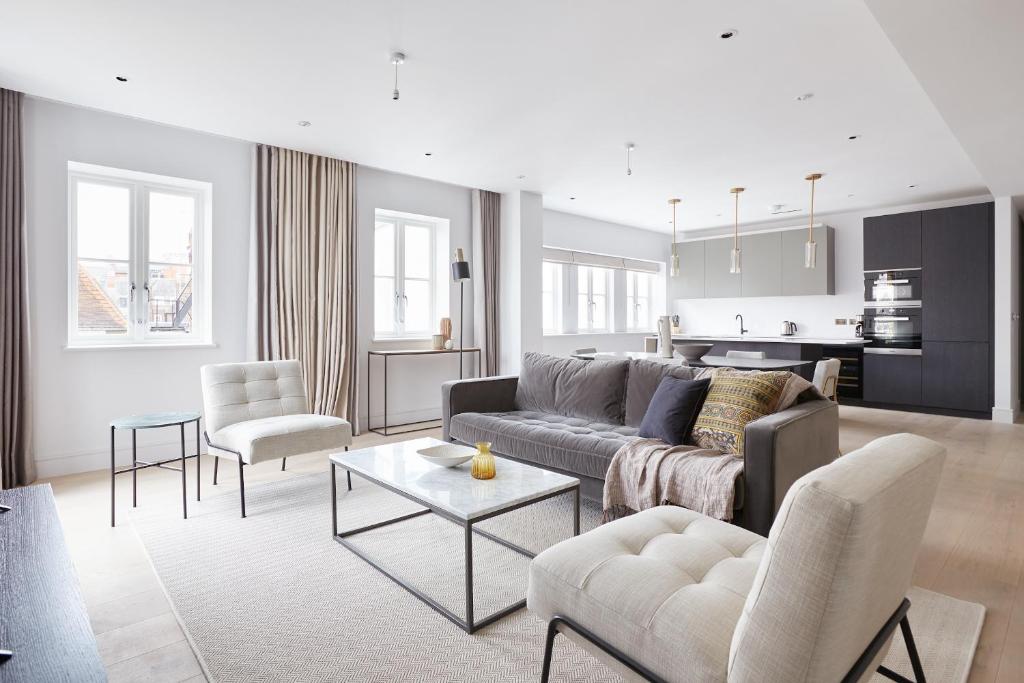 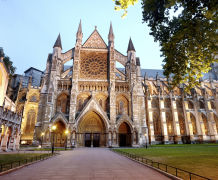 Westminster Abbey
The Collegiate Church of Saint Peter in London is the oldest sanctuary of the British people. It is located in the historic borough of Westminster and that’s why it was called Westminster Abbey. This magnificent construction traditionally hosts the crowning and burying of the monarchs. 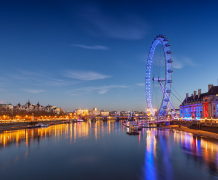 London Eye
The observation wheel called the London Eye opened on March 1, 2000, became one of the most popular attractions in London. It is also the highest attraction of its kind in the world. Its height equals a 45-storied building. 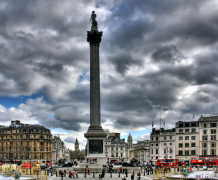 Trafalgar Square
Trafalgar Square is one of the most important attractions in London and Great Britain in general. It is located in the historical center at the intersection of three traffic arteries in Westminster: Whitehall, Strand, and the Mall. 44-meter Nelson’s Column rises above the center of the square. 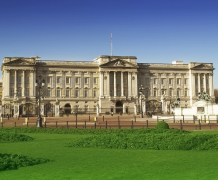 Buckingham Palace
Buckingham Palace has been the official residence of the Queen of England. However, it’s worldwide known not only for this fact. This place is the central headquarters of the monarchy in the United Kingdom. Without a doubt, London offers a wide range of diverse attractions. 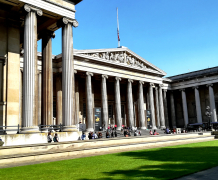 British Museum
London is a city where a lot of museums, exhibitions, art galleries and other cultural object are concentrated that attract tourists from all over the world. The British Museum is among those places, which is visited by millions of people every year. 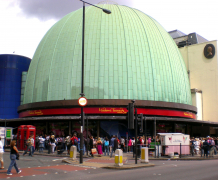 Madame Tussauds London
Madame Tussauds was created in London in 1835 on Baker Street, and today it is located on Marylebone Road. The wax collection is constantly updated and attracts many tourists. You may find a small inconspicuous figure among all the other famous personalities in the Museum, the geniuses of the past and present years. 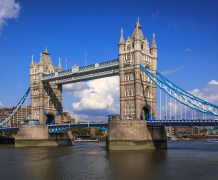 Tower Bridge
Probably one of the most famous bridges of Great Britain is Tower Bridge in the city of London. Its unusual appearance makes it easily recognizable: on the impressive river bents there are two towers in the Gothic style, which are connected by bascule spans and walkways. 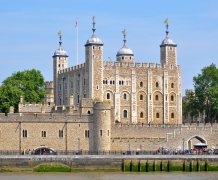 Tower of London
All travelers who can’t wait to discover Foggy Albion will be amazed by a wide range of attractions waiting for in Great Britain. The Tower of London is especially popular and in favor of both tourists and local citizens due to its rich historical past. 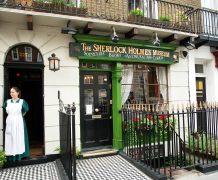 Sherlock Holmes Museum
The Sherlock Holmes Museum is included in the list of the most popular tourist objects in London. The museum fascinates with its interior which was reproduced in accordance with Arthur Conan Doyle's stories. The four-storied building was erected in 1815. 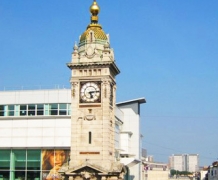 The Clock Tower
The Clock Tower in Brighton is the main attraction and the symbol of the English town. It was constructed in 1888 in honor of Queen Victoria's Golden Jubilee. That’s to that, the tower received its second name - the Jubilee Clock Tower. Brighton Museum and Art Gallery
Museum and Art Gallery are a part of the Royal Pavilion in Brighton. The building which is occupied by the collection had been initially planned to be a tennis court. However, it was not finished and used to be the military barracks during the war. 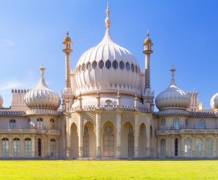 Royal Pavilion
Located on the South Coast of England, the city of Brighton is one of the most ancient and charming cities in the United Kingdom. It attracts millions of tourists from all over Great Britain and various corners of the world. What’s so special about this place? 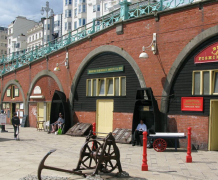 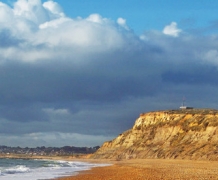 Hengistbury Head
Not far from the town of Bournemouth, in the South of Great Britain, can be found a charming Hengistbury Head headland. This place is of great interest to all the archeologists as it hides the signs of the settlements of ancient people dating to the stone, bronze, and iron ages. 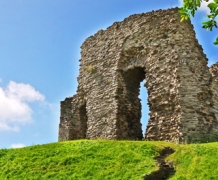 Christchurch Castle
Christchurch Castle is one of the popular tourist destinations in the city of Bournemouth. The rich history of this place attracts crowds of tourists who want to explore the historic places in Great Britain. These places are the real national property of the city. Initially, it was a wooden fortress. 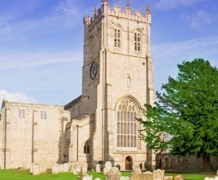 Christchurch Priory
The ancient Christchurch Priory Church is located not far from the city of Bournemouth. Its first building was constructed back in 800 AD. Later, a small abbey was formed, and in the XI century, the decision was made to erect a new building of the temple.