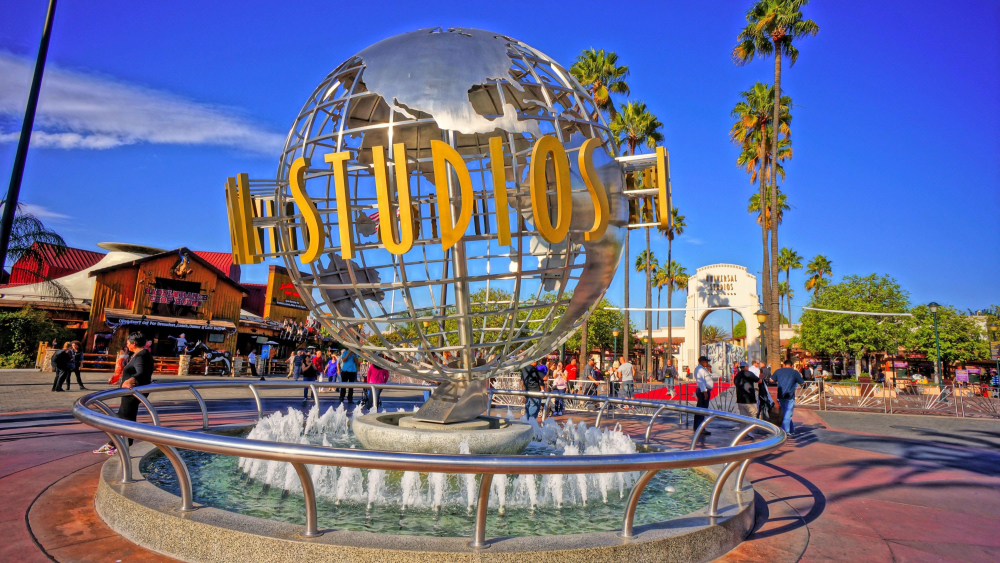 Universal Studios in Hollywood is among the most exciting and stunning places of interest in Los Angeles. This the oldest film studio is also a genuine center of entertainment. Besides shooting studios, there is a thematic park, that can be compared with Disneyland.

Universal Theme Parks occupies an impressive extent of the territory not far from Hollywood. The total area of the park is divided into separate zones, each of which dedicated to a certain movie. If you have ever dreamed to get to know how the films are shot and how the most impressive tricks are done, the Universal Park is that very place where you can get to know the secrets of films production.

For a better understanding of how the park works, we recommend you to start your introduction to the park with a bus tour that is organized here. During a spectacular trip around the area of the park, that is huge enough, you will have a possibility to see the process of films shooting, observe the shooting studios and film sets. For sure, the trip will bring you a lot of unforgettable emotions! 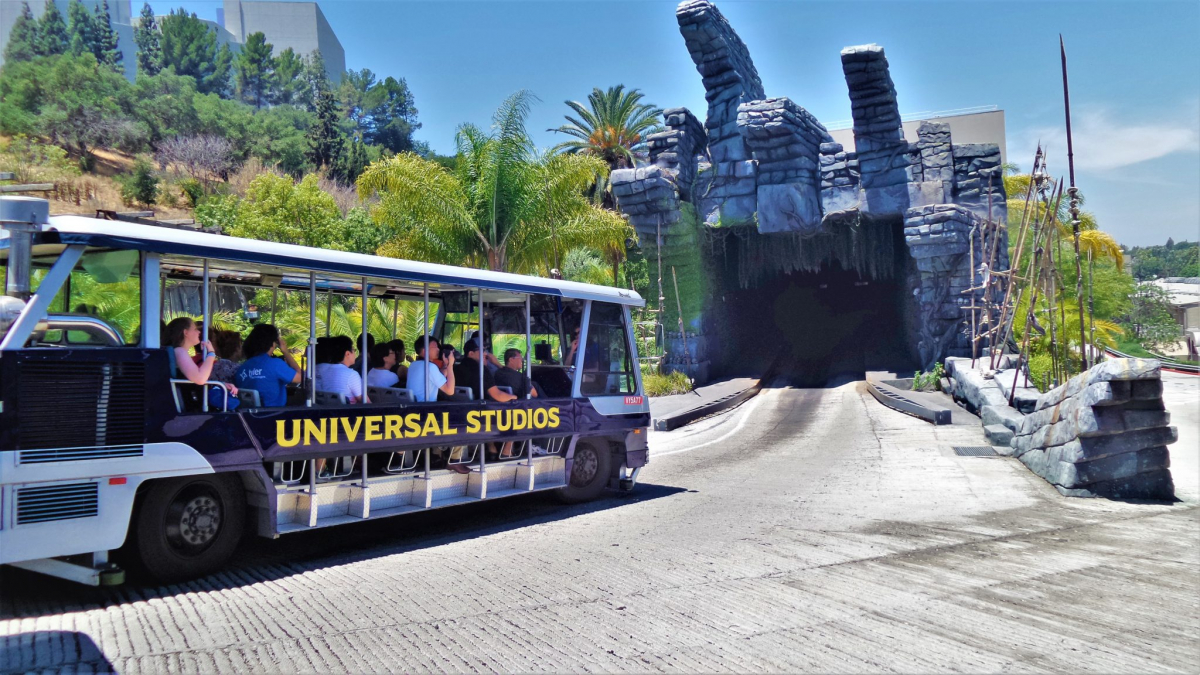 No doubt, film rides and attractions are the most fascinating and the most popular here:

“Earthquake”, here the guests of the park can experience the earth shocks with a multitude of 8.5 points. And during this, burning helicopters are falling on top of them, a bus is going under the ground, cries, screams and noise are heard everywhere… Is it possible to forget?

Also take unforgettable water races from the film "Waterworld", at the end of which the ship crashes right before the eyes of the audience. Take a walk among the dinosaurs of "Jurassic Park", the descent along the river will also remain in your memory for a long time.

"Flood": a bus with tourists arrives in a small "Mexican village", where the rain starts abruptly, turning into a downpour, the water gets higher and soon a real flood begins! The raging water flows swiftly rush along the streets, threatening to wash the bus off, and sweep away everything on the way. But then the water turns aside unexpectedly, and the tourists paralyzed of the fear see how all the destructions start to disappear, and an idyllic picture emerges before their eyes.

Be sure to look into the new 3D King Kong pavilion, that was built instead of the old one, which was badly affected by the fire. To date, this attraction is one of a kind in the world. One of the most favorite places of small guests of the park is the “Shrek” pavilion, where children can get acquainted with animal-actors that are shot in the films of Universal Pictures. 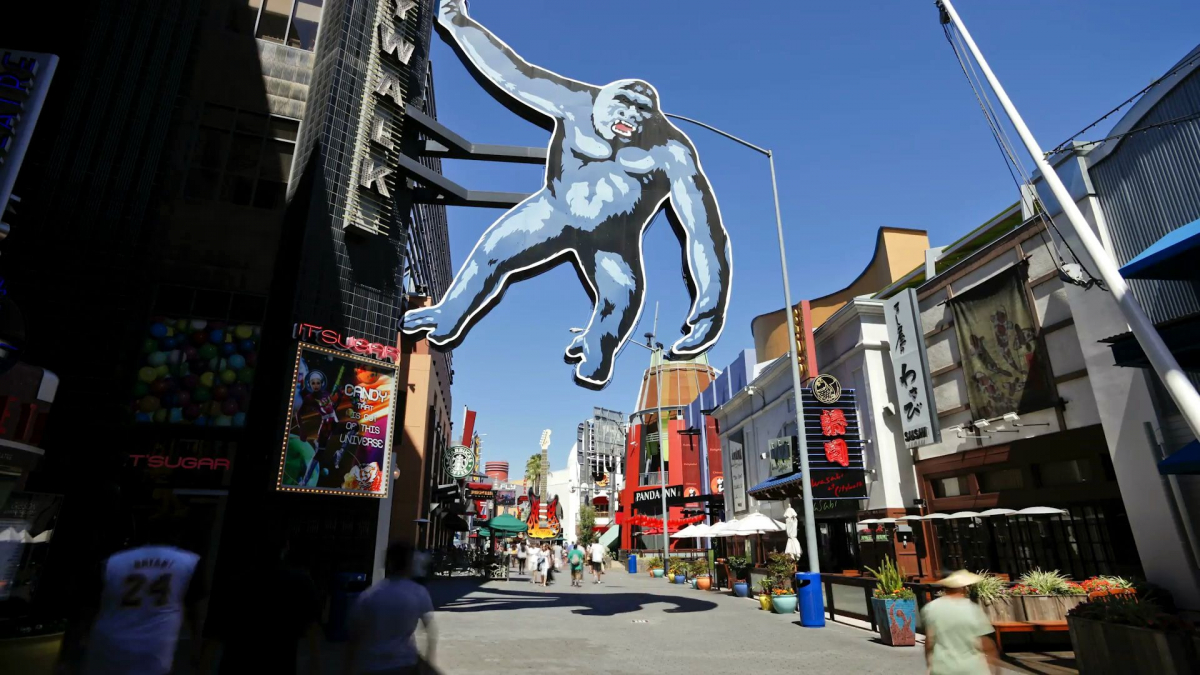 Moreover, the studio reveals some secrets to its fans here, such as how you can fall off the Statue of Liberty and not get injured, and many more other mysteries of cinematography.

Check out all Los Angeles hotels and choose the best for you. 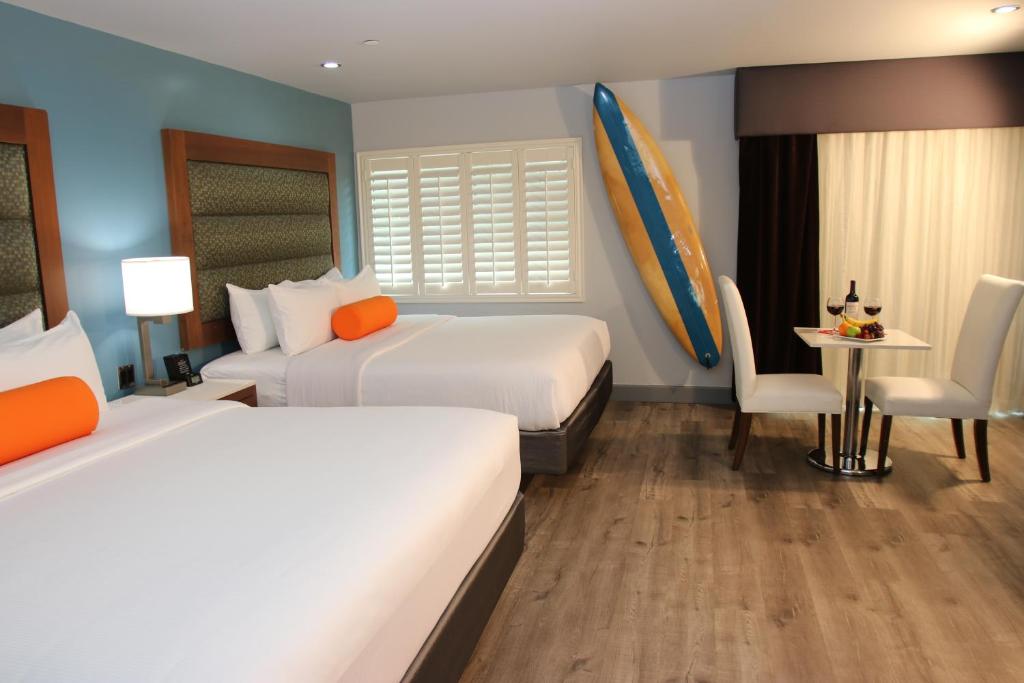 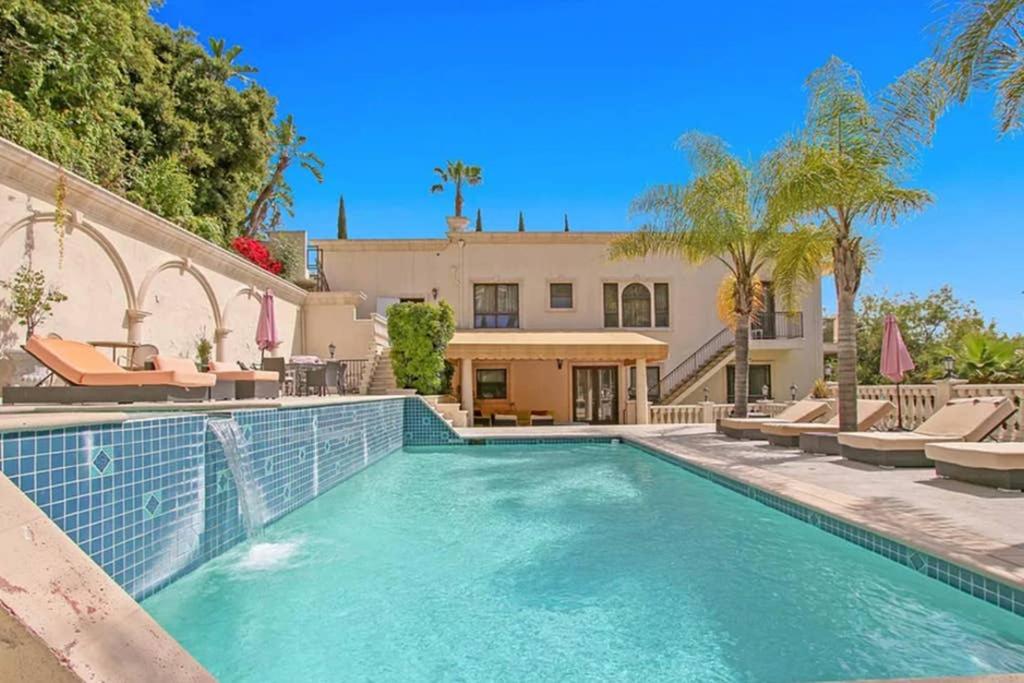 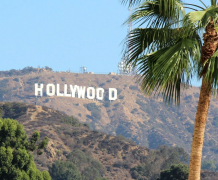 Hollywood
It is hard to find a person today who does not know at least anything about Hollywood – the most powerful forge of movies in the world! The Hollywood Walk of Fame is that very place that attracts tourists first of all. 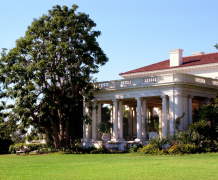 The Huntington Library, Art Collections and Botanical Gardens
The Huntington Library is a huge museum complex located in Los Angeles County in San Marino. It consists of a scientific-research library, a botanic garden, and three art galleries. These outstanding institutions occupy the villa of the famous millionaire Henry E. Huntington. 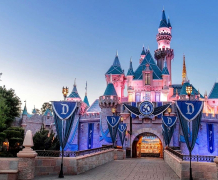 Disneyland
More than 50 years already famous Disneyland Park makes happy everyone who comes here. It is in California that the first and “the most original” Walt Disney Company thematic park was open. 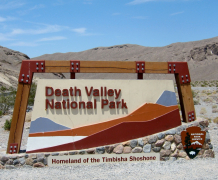 Death Valley
Death Valley, that is on the territory of the USA, is the biggest park in the area of the Mojave Desert, and, furthermore, this is the hottest spot on the Earth. Its area occupies 13 628 sq. km while the rocky formations exist approximately 500 million years already. 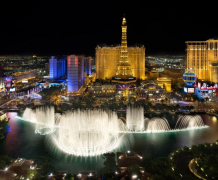 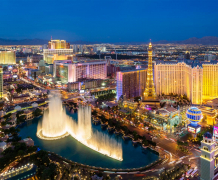 Las Vegas Strip
Not far from the large dam and hydroelectric power station on the Colorado River, in the desert area in the State of Nevada, there is the city of Las Vegas. The flow of tourists that come here all year around is endless. 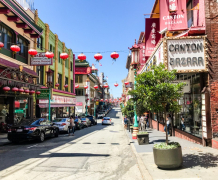 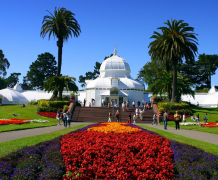 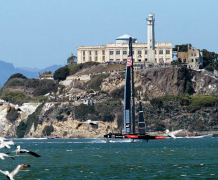 Alcatraz
Alcatraz is a famous island located in the strait of San Francisco, California. In Spanish “Alcatraz” means a pelican. The island also has another name - the Rock which it received owing to the movie of the same name directed by Michael Bay in 1996. 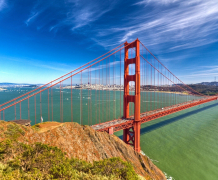 Golden Gate Bridge
The Golden Gate Bridge is a real symbol and the most famous landmark of San Francisco. Crowds of travelers are constantly visiting this place to see the unforgettable view of this stunning attraction from the bank. 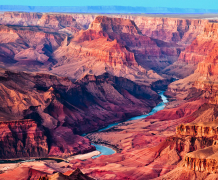 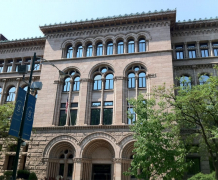 Newberry Library
The Newberry Library in Chicago specializes in the human and social sciences. The fund of the organization includes books about western civilization from the times of the late medieval period till nowadays, a great collection of maps, notes, manuscripts, and other materials. The library provides its visitors such facilities as a scholarship for research works, requalification for teachers, and seminars organization. 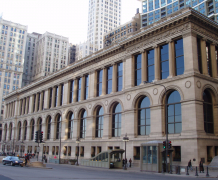 Chicago Cultural Center
One of the famous landmarks of Chicago is the Chicago Cultural Center opened in 1897. At one time it was used by the mayor of the city for official meetings holding. Initially, the center was planned as a public library, which soon on the instruction of Lois Weisberg was reorganized to a cultural and art center, and the library was resettled to a new building in 1991. 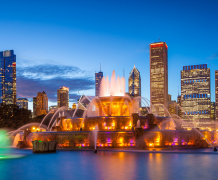 Buckingham Fountain
One of the biggest fountains in the world is situated in Chicago in Grant Park. Its name is Buckingham Fountain, which is often called as front doors of Chicago. The full name of the fountain is the Clarence Buckingham Memorial Fountain. It was established by Kate Buckingham in 1927 in memory of her brother Clarence. 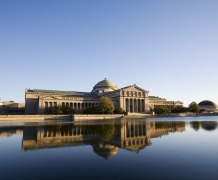 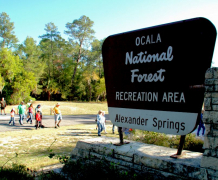